A woman and her daughter open a chocolate shop in a small French village that shakes up the rigid morality of the community.

When this movie came out in 2001, I was still living in Hoboken, NJ. I loved my time in Hoboken and, at that point in my life, I still went to the movies fairly frequently. I don't remember exactly which theater where I first watched "Chocolat", but I definitely remember seeing it on the big screen. It was probably one of the smaller art house cinemas in Manhattan. I was really into this kind of film back then. I thoroughly enjoyed the movie then...and I thoroughly enjoyed it now, as I re-watched it this week in my media room.

This Lasse Hallstrom film ("What's Eating Gilbert Grape", "Cider House Rules" and "Salmon Fishing in the Yemen") almost felt like it came from Grimm's fairy tales, as it had a mystical element to it, but not quite so dark or scary. Still, the story was narrated by a woman in somewhat of a fairy tale fashion and it gave a light and fun feel to the way the story unfolded. I remember when I first saw this movie in 2001, it felt like a very fresh approach to a drama/romantic comedy. Today, it still seems very fresh to me.

Of course, the thing that probably makes this film truly amazing is the absolutely mesmerizing ensemble cast. Alfred Molina is terrific as the villainous mayor. Dame Judy Dench is great as the ever-grumpy Armande. Carrie-Anne Moss steps FAR away from her "The Matrix" role of "Trinity" with the beautiful, yet uptight Caroline. Lena Olin and Peter Stormare both deliver powerful performances as the violently troubled couple "Josephine" and "Serge". Even Johnny Depp makes a handful of appearances to help provide the romantic angle of the story. But, it's a glowing Juliette Binoche that truly ties everything together with a fantastic performance as the purveyor of the Chocolaterie "Vianne". She's as talented as she is beautiful and manages to pull you in to the story with her effortless style and her simple beauty. She was nominated for the 'Best Leading Actress" Oscar in 2001, but neither Juliette nor Judy Dench ("Best Supporting Actress") won an Oscar that year.

I would place this movie squarely into what I would call the "Indie Film" category, but as Indie Films go, this is one of the best. I love this movie and it's one of my favorites. While some of the subject matter is a bit mature, I think this movie is very entertaining and, while a little slow in its pacing, I still think some younger viewers would appreciate the film. I recommend it for anyone that likes Indie Films, romantic comedies or Johnny Depp. 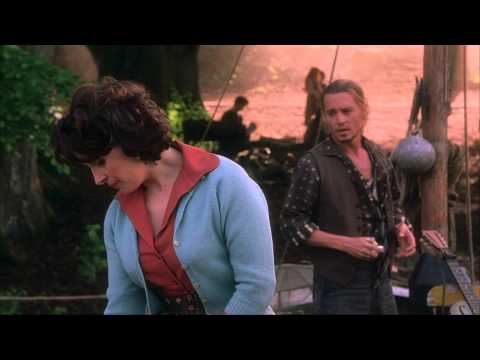